Home » Unflinching, The Making of a Canadian Sniper 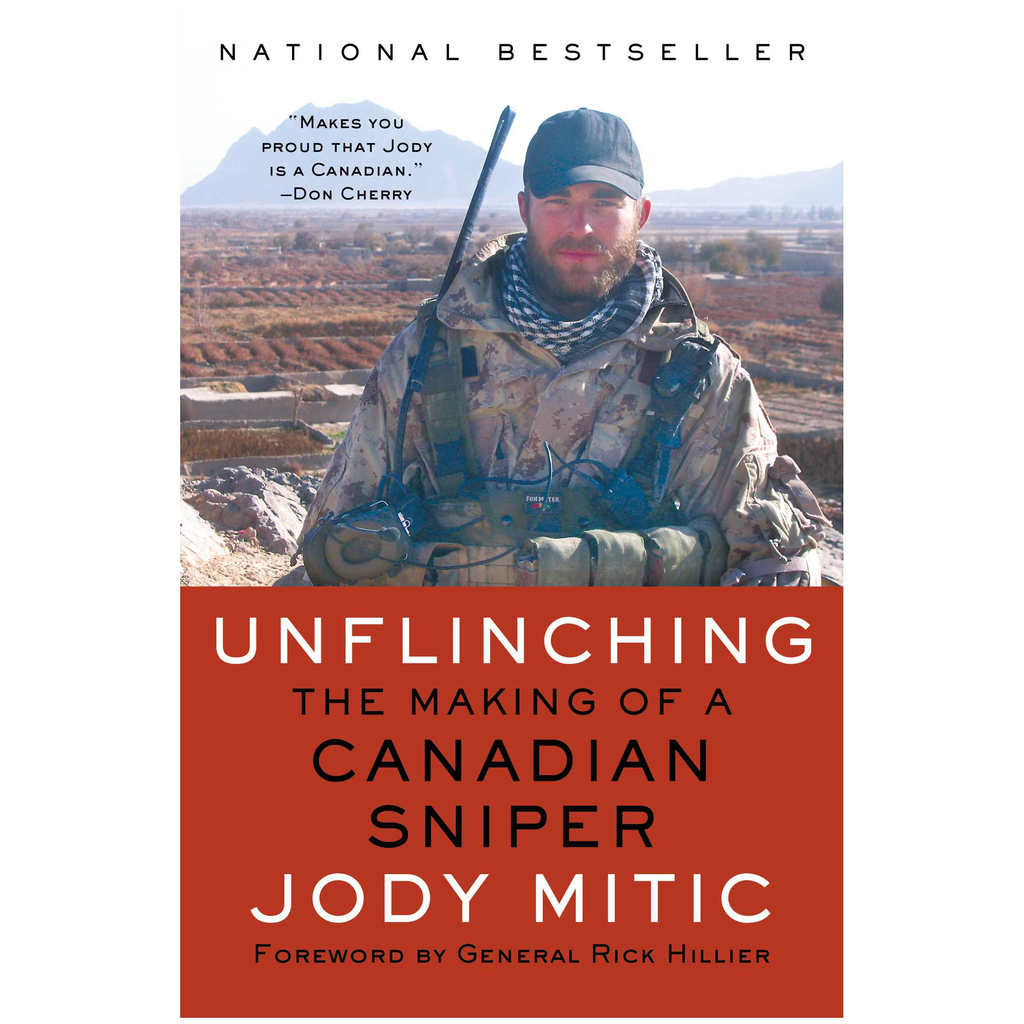 Simon & Schuster Unflinching, The Making of a Canadian Sniper

Elite sniper Jody Mitic loved being a soldier. His raw, candid, and engrossing memoir follows his personal journey into the Canadian military, through sniper training, and firefights in Afghanistan, culminating on the fateful night when he stepped on a landmine and lost both of his legs below the knees. Afghanistan, 2007. I was a Master Corporal, part of an elite sniper team sent on a mission to flush out Taliban in an Afghan village. I had just turned thirty, after three tours of duty overseas. I’d been shot at by mortars, eyed the enemy through my scope, survived through stealth and stamina. I’d been training for war my entire adult life. But nothing prepared me for what happened next. A twenty-year veteran of the Canadian Armed Forces, Jody Mitic served as a Master Corporal and Sniper Team Leader on three active tours of duty over the course of seven years. Known for his deadly marksmanship, his fearlessness in the face of danger, and his “never quit” attitude, he was a key player on the front in Afghanistan. As a sniper, he secured strongholds from rooftops, engaged in perilous ground combat, and joined classified night operations to sniff out the enemy. One day in 2007, when he was on a mission in a small Afghan village, he stepped on a landmine and the course of his life was forever changed. After losing both of his legs below the knees, Jody was forced to confront the loss of the only identity he had ever known—that of a soldier. Determined to be of service to his family and to his country, he refused to let injury defeat him. Within three years after the explosion, he was not only walking again, he was running. By 2013, he was a star on the blockbuster reality TV show Amazing Race. In 2014, Jody reinvented himself yet again, winning a seat as a city councillor for Ottawa. Unflinching is a powerful chronicle of the honour and sacrifice of an ordinary Canadian fighting for his country, and an authentic portrait of military life. It’s also an inspirational memoir about living your dreams, even in the face of overwhelming adversity, and having the courage to soldier on.