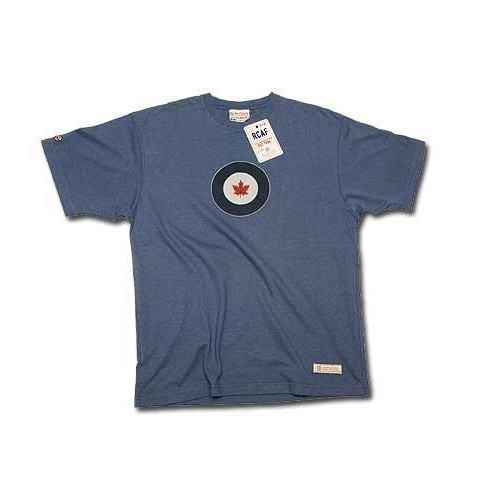 Show you pride in Canada's aviation heritage with apparel featuring the classic RCAF Roundel. Used on the RCAF's Ensign since its establishment in 1924, this roundel was also the one use on RCAF aircraft between 1946 – 1965.

Hockey fans might also note that the roundel was also the crest worn on the sweaters of the 1948 Olympic Championship RCAF Flyers Hockey Team. The proud men that served their country in both the air and on the ice, also overcame their tournament underdog status to win Gold for Canada.
Each 100% cotton t-shirt is finished with their Red Canoe Trademark embroidery on the right arm and hem patch on the bottom left.
They are finally washed after the printing process to eliminate shrinkage and adding vintage appeal.

A portion from the sale of this product goes to support RCAF Veteran and Canadian DND aviation related initiatives.