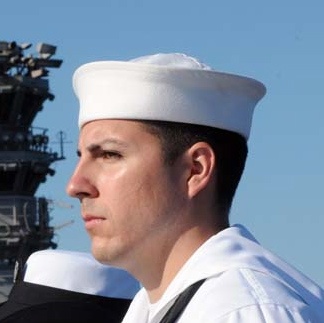 The other hat worn was a soft white hat known as the "dixie cup" or "dog dish." It was supposed to be worn "four blocked". That is, it should have a square appearance with the edges slightly rolled. The hats were sometimes dyed dark blue aboard ships, and occasionally other colours to identify a sailors duty station. $25.00 In Stock Size: Size: Bookmark or Share These hats continue to be used by the US Navy. The phrase 'gob hat' does not appear to have been used by the US Navy, although it is the most widely accepted name for these hats. These gob hats are original US Navy surplus and are un-issued.