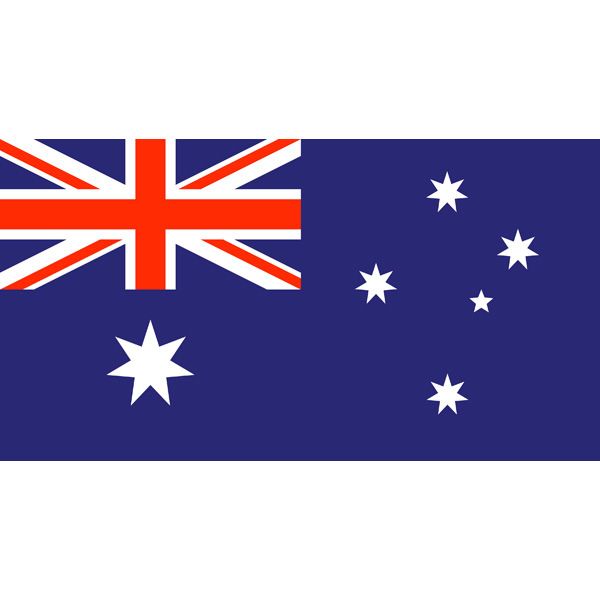 Although it appears to have undergone several minor changes during its first several years of use, the defaced Blue Ensign that later became the Australian National Flag, was first flown in Melbourne on September 3,1901.
Originally chosen from a worldwide competition to create a new flag following the Federation of Australia, The current flag was finally standardized in 1934, but not officially recognized by parliamentary statute until 1954.